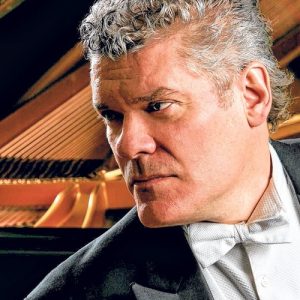 Recital by one of America’s foremost pianists

One of the foremost American pianists, William Wolfram was a winner of the Silver Medal in both the William Kapell and the Naumberg International Piano Competitions.

He also holds the distinction of bronze medalist of the prestigious Tchaikovsky Piano Competition in Moscow.

His concerto début with the Pittsburgh Symphony under the baton of Leonard Slatkin was the first in a long succession of appearances and career relationships with numerous American orchestras such as the San Francisco Symphony, the National Symphony, the Dallas, Minnesota and Seattle Symphonies, among others.

* All elementary and middle school students must be accompanied and supervised by adults. Please note, these programs are not intended for ages 5 and younger.