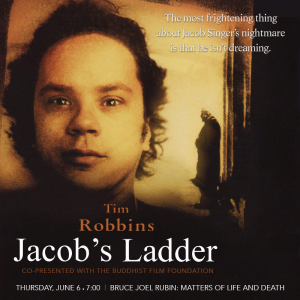 His films have often explored themes of life and death with metaphysical and science fiction elements.

Co-presented with the Buddhist Film Foundation

Long after this film was released as a thriller, Bruce Joel Rubin revealed that his screenplay was inspired by the Tibetan Book of the Dead.