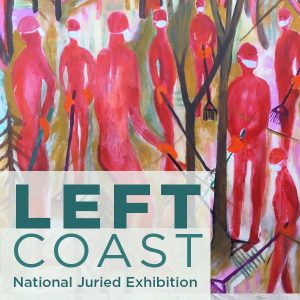 Left Coast: An exploration of the West’s magnetic draw

Marin MOCA is now open with safety protocols in place!

It features the work of 46 artists from across the country who are inspired by the ideology and allure of the West Coast.

When storied newspaperman Horace Greeley encouraged the country to “Go West, Young Man” in the mid-1800s, he was speaking to the tenets of Manifest Destiny. The idealistic and controversial ideology behind this message resonated for decades after, though the lure of the “West Coast” has evolved over the generations.

Waves of migrants have flowed west, seeking land, fortune and work, including today’s current hopefuls working in tech, wine and the burgeoning marijuana industry. The longstanding magnetism of the West Coast is undeniable, but we will also catch a glimpse of some unfortunate consequences of such appeal.

Mr. Hashimoto says: “This exhibition explores the appeal of the West Coast through the optics of contemporary art. From painting to drawing to photography to sculpture, the Left Coast has inspired as many artistic mediums and styles as it has historic movements and migrations. It is my hope that this exhibition will inspire viewers, as much as the Best Coast has inspired the many artists, poets, filmmakers, farmers, miners and workers throughout history.” 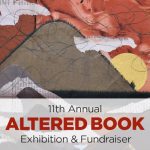 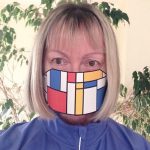 Presented by MarinMOCA at Streaming Arts