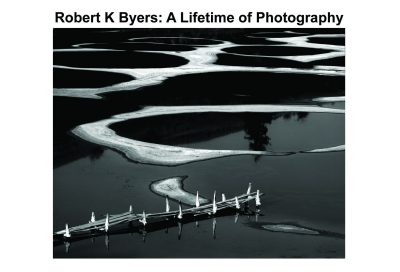 Robert Byers spent his childhood in Idaho and moved to California as a teenager. He settled in Carmel Valley in the 1960s, where he still resides. In 1930 he began taking photographs after receiving a free box camera from an Eastman Kodak Company p

Born in 1918, Robert Byers spent his childhood in Idaho and moved to California as a teenager. He settled in Carmel Valley in the 1960s, where he still resides. In 1930 he began photographing after receiving a free box camera from an Eastman Kodak Company promotion for 12-year-olds. Thirty years later, after studying with Ansel Adams, as well as Wynn Bullock and Brett Weston, he started to seriously pursue photography. He primarily used a large-format camera and photographed extensively in the United States, Canada, Mexico, Europe, and Japan.

Byers graduated from the University of California at Berkeley with a BA in economics and received a law degree and master of business administration from Harvard University. He served as a captain in the U.S. Army during World War II. He practiced law for decades in Santa Clara and Monterey counties, and also pursued many farming and other business ventures. With his late wife he raised four children. For more than 30 years he was a consultant to Photo Gallery International in Tokyo, as well as to the Oriental Paper Distributing Company of Santa Ana, California. He has served on the advisory board of Freestyle Photographic Supplies since 2002.

Byers reflects on his craft: “I look at photography as the search for the ultimate image. It’s the search and the journey that make life and photography exciting. In working with the camera, I want to arouse a reaction in the person viewing the photograph similar to that felt by me when I made the exposure.” Byers has had a lifelong love of the outdoors, as well as old buildings and mining towns, and in his images he captured the beauty he found in his explorations. His work is in the style of the 1930s “straight” photography of Group f/64 and West Coast Photographic Movement, characterized by sharply focused images and subtleties of tone, light, and texture.

After moving to Carmel Valley in 1965, where he set up an extensive darkroom at his home, Byers purchased a Rollei SL 66 6×6 camera and then acquired three more cameras—a Mamiya 6×7, a Linhof 4×5, and a Sinar 4×5 and 8×10. These are the cameras he used to photograph the images in this show. At 89, in 2007, he and his wife moved from their Carmel Valley home to a retirement community nearby and he no longer had a darkroom. He then learned Photoshop, scanned one thousand of his negatives, and bought his first digital camera, the Sony 850. When he switched to digital, he pledged to continue to search for the “ultimate image.”

“Robert Byers has been, and is, one of the pillars of photography in this area of the West. He is a most excellent photographer, a warm and supporting friend, and a creative and stabilizing force in our local-national organization, the Friends of Photography. His photographs, like the man himself, are strong, direct, and clean in spirit and craft.” – Ansel Adams, photographer (1902-1984)

“Robert Byers’s Reeds in Youngs River image is poetry at an elegant level and powerfully demonstrates that less is more.” – William Garnett, photographer (1916-2006)

“Byers has captured architectural details in a feast of silvery grays. But more significantly, he has made palpable a sense of each place—a soulful melancholy permeates each scene.” – Rick Deragan, Monterey Herald, 1991

Free Open to the Public 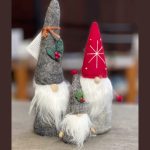