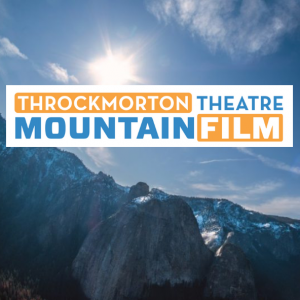 With Tibetan Bowl Master Karma Moffett, intimate conversations with filmmakers and a party at Piazza D’Angelo Restaurant in Mill Valley.  Opening night, a perennial festival favorite, is a true celebration of people, passion, and adventure. We hope you will join us in kicking off the festival weekend.

The Dawn Wall is one of the blankest, steepest and most difficult swaths of rock known to climbers, a 3,000-foot tall monolith of nearly featureless granite that rises out of Yosemite Valley. Most wouldn’t even consider a free, unaided ascent. So when word came out that Tommy Caldwell was planning an attempt with partner Kevin Jorgeson, the world was incredulous.

A dive into one of the most pressing issues of our modern era: migration. Witness visually rich, impactful short films examining human and animal migration, and the causes, which range from climate change to conflict. We look forward to sharing these stories of migration and unpacking this complicated and pivotal topic.

Botswana’s Okavango Delta, a 22,000 square- kilometer unending maze of wetlands surrounded by the Kalahari Desert, is one of the last untouched refuges for wildlife on the planet, showing visitors “what the world used to be without us,” says conservation biologist Steve Boyes. It cannot survive the loss of any freshwater arteries. Into the Okavango chronicles Boyes’ trip down the headwaters of Angola’s keystone Cuito River into the delta.

One day, in the 1980s, a young white man, badly bruised by a failed affair of the heart, finds himself in Harlem and stops to listen to a street musician playing the blues. Nervous that he is the sole white face to be seen in any direction but compelled by the force of the street performer’s music, he asks if he can play along on his harmonica. Thus is born a most unlikely but enduring partnership. No less unlikely, the almost inconceivable course of that partnership’s trajectory is tracked by the filmmakers through its entire 22-year history.

Our Kidz Kino, a TTMF festival favorite, is a program of short, family-friendly films curated by kids for kids. The screening is open to all passholders. Tickets are $10 for kids and $15 for adults.

Rockford, Illinois is a city wracked with unemployment, low wages, a population exodus and violent crime, particularly the domestic variety. It’s a hard place to grow up, and for the young men at the center of Bing Liu’s masterful Minding the Gap, survival came in the form of skateboarding, which afforded them camaraderie and freedom from the brutality of home life. But what begins as a film about the salvation of skateboarding becomes something much deeper as the boys turn from teens to men, each experiencing his own reckoning with family, trauma, race, repression and the consequences of adulthood while trying to escape the cycles of the past.